Survey of the Debs Correspondence (18-24)

I spent an hour this week on the deck with a cigar and a beer reviewing the published Debs correspondence for 1897 to 1904, the time period that is covered in Selected Works Volume 3. There are a couple of fairly interesting takeaways which I will very briefly outline here with a view to incorporating them in the historical introduction to that volume.

Takeaway No. 1 — Bob Constantine was a really good historian. 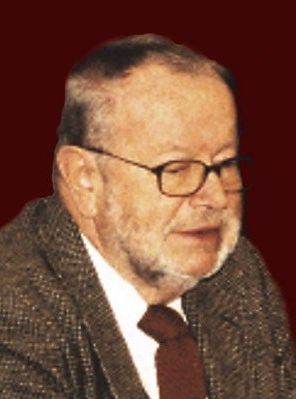 I have complete faith in the letters selection by the late J. Robert “Bob” Constantine, the editor of the three volumes of Debs letters. I’ve reviewed the Debs Papers microfilm multiple times for the 1877 to 1896 period covered by Selected Works Volumes 1 and 2 and found precised one letter that I felt he “missed” — one of a series of communications that Debs had with E.E. Clark, head of one of the railway brotherhoods. It was totally “inside baseball,” with themes at least partially covered in other letters that were published.

That was it. Exactly one letter that I am tucking into the Works that Constantine skipped.

Similarly, I can’t find a single thing for this current interval that Constantine failed to include which should have included.

What he published is all the important material there is for the early period.

If Constantine’s selection of Debs letters can axiomatically be accepted as a complete survey of  surviving examples — which I believe is correct — that published material should be very closely analyzed. It’s not a loose agglomeration, the contents of which may be disputed by reasonable people, who might prefer alternate documents. Rather, it should be considered the universal set of the important material which has survived.

Stock header for the syndicated article “Advice to First Voters,” distributed by the Newspaper Enterprise Association. Representatives of five political parties participated in the series with Debs writing on behalf of the Socialists.

Correspondence with his ARU friend Frank X. Holl, a loyal follower and a cable to Harry Demarest Lloyd attempting to bring him into the SDA as member of the group’s ill-fated “Colonization Commission.”

Mostly a correspondence with “Golden Rule” Jones of Toledo. EVD had a stilted relationship with Jones, admiring the mayor’s actions and agenda while ultimately taking umbrage to his refusal to identify his efforts with the Social Democratic Party, instead deciding to remain independent on principle. The correspondence carried over into 1900 when the two seem to have broken over Jones’ refusal to abandon the William Jennings Bryan ticket and Debs’ related cattiness in a couple articles.

Theodore piece is his official report to the convention of the Chicago SDP, a highly important document. EVD correspondence with Tommy Morgan of the Springfield SDP campaign committee. Absolutely pivotal EVD letter to TD of Nov. 9 which I have already covered in detail in a previous blog post.

Two letters to Theodore, three to their father, and a thank you note for a photograph given to Debs by leading German Marxist theoretician Karl Kautsky.

First letters to Socialist United Mine Workers official Adolph Germer (1881-1966), later National Secretary of the SPA during the 1919 split of the Communists and to Morris Hillquit, the latter a thank you note for copy of Hillquit’s History of American Socialism that he was comped. Two communications from SPA National Secretary Will Mailly and correspondence back and forth with Harry Demarest Lloyd and labor historian Richard Ely.

Three of the letters loving personal correspondence to his parents. Four EVD and one TD letter to Adolph Germer, plus New Years greetings to Morris Hillquit: “There was a time, I confess, when I did not like Morris Hillquit. I did not know him. I do know him now and am trying to make up for past remissness.”

Father or Both Parents — 7

The deadline for Eugene V. Debs Selected Works: Volume 3 is October 15, 2018. I’m setting a soft deadline of August 1 to finish the document compilation phase of the project. This means there are now 2 more Saturdays after today to get the core content section of the book assembled, with a limit for publication of approximately 260,000 words.

The above material — along with fairly vast numbers of other Debs speeches and articles — is available for free download via Marxists Internet Archive <www.marxists.org>